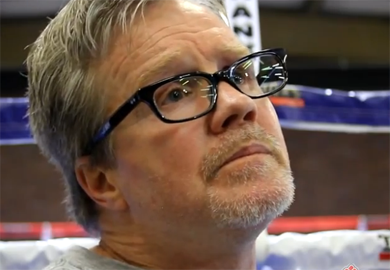 “I definitely saw him get knocked out. My thought on that is that he just plays around too much. I think it’s too easy for him sometimes. He just got caught playing around. In this sport, one punch can change things, and this isn’t a sport you should actually play [around].

“The thing is, I think he gets a little bored in there because he’s talented, and he seems like he’s more talented than a lot of the guys. He is one of the best I’ve ever worked with. He understands timing and distance really well. I think he could’ve avoided taking those shots, but again, I’m not sure what his thought process was. I think he was just a little bit lazy and playing around too much.”

Famed boxing coach, Freddie Roach, took to ‘The MMA Hour‘ this morning and gave his take on the Anderson Silva defeat delivered by the fists of Chris Weidman.