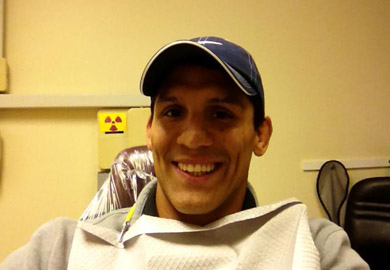 “Strikeforce was my baby. Scott [Coker] and I were sitting, like this, at a coffee shop. He was like, ‘Bro, I wanna do MMA.’ It was literally like that. And I go, ‘Wow, are you kidding me? Do you know hard it is? Do you know how much money it costs and the risk there is?’ And he and I were like bros, and we shook hands and said, ‘Let’s do it!’ I put everything into that company. I mean, literally every day of my life, I woke up, and I breathed Strikeforce. It was the first chance I saw, besides the monopoly of the UFC, to give MMA a shot — to give martial artists, who don’t know what MMA is about, a nice picture of it. Scott was a martial artist as a promoter, and he got it. He let me do my thing. I’m an entertainer. I’m a risk taker. When we sold, it was harder than you [Bas Rutten] breaking my face in our first fight. It was like everything ended that day. It was really tough.”