Home » MMA news » Forrest Griffin On TRT: It Was Worth Shortening Yo... 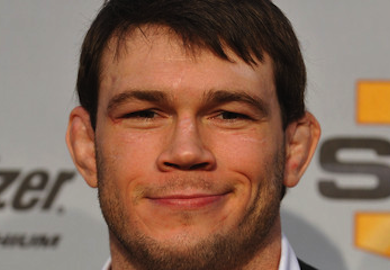 Former UFC light heavyweight champion Forrest Griffin spoke to BostonHerald.com to talk about the side effects from using Testosterone Replacement Therapy, and how in his mind it was all worth it.

“I did it, I think it’s great. When it started, I had two problems with steroids. One, they’re illegal and I’m doing illegal drugs. And, two, you’re telling kids, fans, young people that watch the sport you have to do drugs to do this. Well, that’s not true. The best guys don’t do drugs. Anderson Silva, Jon Jones, (Georges St. Pierre), these guys don’t use drugs, they’re naturally athletic. The best guys in any sport don’t use drugs. It’s the guys on the second tier trying to get to the first tier that use drugs.

“I mean, I knew what I was doing. I knew that what I was doing is bad for my body in the long run, potentially, and I was doing what the doctor gave me, so it wasn’t crazy. But I mean, you now, there’s a chance (you can) enlarge your heart, enlarge your prostate, lose your prostate, not be able to (perform sexually) after 50. So I took that into advisement in doing that. But to me, being a better fighter was worth it. It was worth even shortening your lifespan to be good at something.”

The topic then shifted to Chael Sonnen, who retired after a positive test for several banned substances used to transition people off of TRT.

“I’m not one to take Chael’s side often, but me and my wife were trying to have a kid, and I was on TRT for 20 months straight, and when I got off, I just got off. Then when I tore my knee, I just quit. I was depressed, down. I just wasn’t doing anything, and I didn’t notice because I was in so much pain. And also, I was just like eating doughnuts every day, all day. Like ice cream for breakfast. That’s what I do when I get depressed. I remember how awful it was at one point. I would wait for my daughter to take a nap so I could drink some beer and eat doughnuts in the middle of the afternoon . . . But like eight months later, I actually went (to the doctor) and I had like no sperm. My body never turned itself on, for like eight or nine months. And then I took HCG for three months, and then I was good to go.”