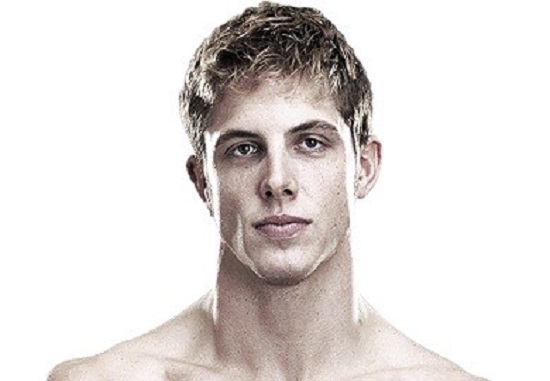 Former TUF competitor, Matt Riddle, who was released by the UFC after failing two drug tests is currently training to fulfill his childhood dream of becoming a pro-wrestler.

It has long been rumored that Ronda Rousey may make the jump to pro-wrestling sometime in the future after several videos were posted of Rousey doing WWE moves in training for fun (See that HERE). Just last week, former UFC fighter Chael Sonnen announced that the WWE had once offered him $5 million to compete for them (Read about that HERE).

Riddle spoke to MMAFighting about his new routine with his wife, which includes driving 90-minutes each way to the famed ‘The Monster Factory’ where the pair train pro-wrestling.

“We get here early. At 7:20 p.m., we start practicing what we know. Then we go over new material. I train Tuesday and Thursdays in MMA. I lift every day. This is the next part of my life. This is what I’m committed to. Tuesday and Thursday I’m doing MMA to pay the bills, and it covers the groceries for now. I make a decent penny doing privates (MMA lessons) and stuff.”

“When I watch wrestling today, it’s not the mat technicians, but the guys who can draw you in with `Oh My God’ moments, `Holy s*** moments, those are the moments I want to create. Even when I fought in the UFC, I wanted to get fight of the night. You get into a fight and get the fans roaring, I like guys like Seth Rollins, because they’re willing to push the tempo harder than other people. If someone does something big earlier in the night, he’s going to go out and take it that much farther. I don’t know if it’s everyone’s goal in wrestling, but I want people to get excited.”

“The one thing that’s square one, is getting in the ring trusting people. Running off the ropes, jumping, that came natural to me. It’s the fundamentals I need to learn. I need to learn how not to get hurt, and how not to hurt other people. I’m pretty sure I already have x, y and z, but I need a, b and c. That’s why I came to The Monster Factory. I was told that’s where you need to be to pick up the basics.”

“I don’t want to come off bad, but I have a lot of potential at this. I’m a world-class athlete and what I always wanted to do was be a pro wrestler. It was always my passion. I’m not in the UFC anymore so I’m not getting paid decent money to fight, so I wanted to do something I love. I’d rather wrestle professionally and have fun than fight for no reason at all.”

What are your thoughts on MMA fighters making the jump to pro-wrestling? Does it damage MMA’s credibility, or should it be looked at separately from MMA?

Sound off in the comments section!