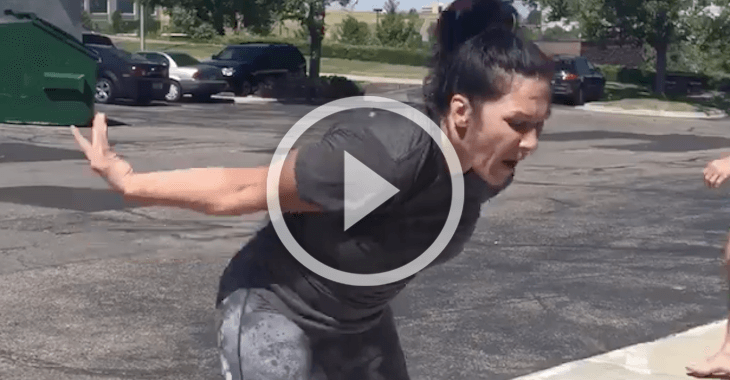 UFC bantamweight Cat Zingano hasn’t stepped in the cage since her 14 second loss to the champion Ronda Rousey.

That fight was back in February and she’s been out of action since then, healing up from injuries. There hasn’t been any real word on a set return date or an opponent. Zingano was tapped as a true threat to Rousey before their fight. She was undefeated and seemed to be dominating her opponents, including Miesha Tate en route to a shot at the champ.

Things didn’t go her way. Actually, they probably went as bad as they could have. She rushed in, tried a flying knee, got taken down and submitted.

Check out the video she posted of her training in preparation for her eventual return.

Who do you want to see Zingano fight when she comes back?