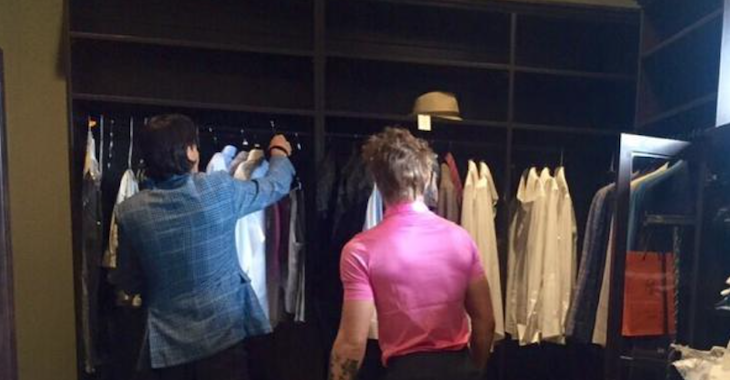 Is Conor McGregor ever not in a suit?

The UFC’s interim featherweight champion is currently filming the new season of The Ultimate Fighter opposite of Team Alpha Male’s Urijah Faber. The show is shot in Las Vegas, so McGregor’s still staying the in the infamous Mac Mansion.

He took to Twitter to share with everyone that at the Mac Mansion, every Wednesday is new suit day.

After he’s finished with TUF, he probably go right into training camp for his upcoming and highly anticipated title unification fight with champ Jose Aldo, at UFC 194. That event is scheduled for Dec. 12, with the TUF 22 finale taking place the day before.

If you could afford to wear new suits all the time, would you?