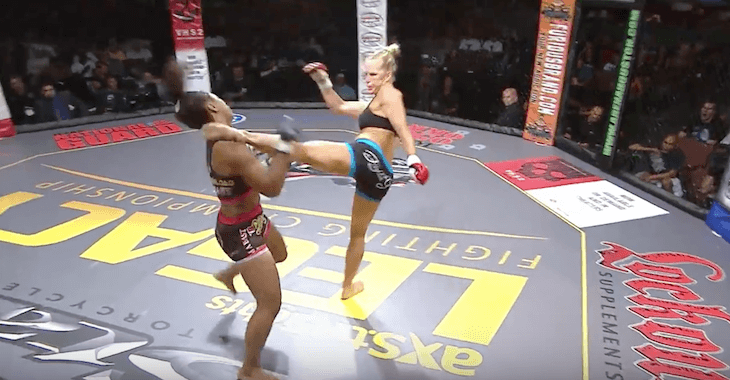 Undefeated UFC bantamweight Holly Holm will face the toughest challenge of her MMA career when she steps in the octagon with champ Ronda Rousey at UFC 193, in Melbourne, Australia on Nov. 14.

Let’s be honest, there are not a lot of people giving her much of a chance against the dominant champion. Rightfully so, since Rousey has simply been running through all of her recent opponents, in a matter of seconds.

However, we can’t forget that Holm comes from a professional boxing background and brings some serious sticking into the cage. Sure, she hasn’t gotten that highlight reel finish in the UFC yet, but that doesn’t mean she isn’t capable.

Back when she was fighting for Legacy, she managed to connect with a beautiful head kick that sent her opponent crashing to the mat, out cold.