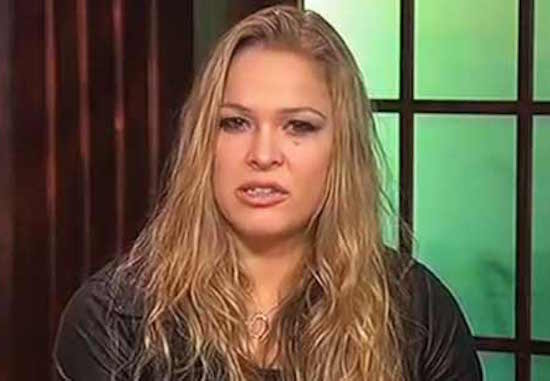 Top UFC bantamweight fighter Bethe Correia may have just talked herself into a fight.

Check it: (Via MMAFighting.com)

“I will knock Ronda out in the first round, but first I’ll do her a favor and knock that mole off her face with a punch. People know me as the horsewomen killer. I killed two already, and I will kill the number one next. I’m cleared to fight in March, and I will fight whoever they want. Whoever steps inside the Octagon with me will go down. I want to be known as the greatest knockout artist in the UFC.”