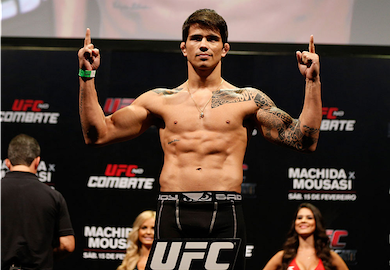 Erick Silva brought the crowd back to life after this performance.

Silva landed a body shot that forced Takenori Sato to clutch on a leg, praying for a takedown. Silva stayed standing and delivered a handful of shots to the head and body of Sato.

Sato continued to hold on to the leg of his opponent, but was not doing much of anything— he was not even working for a takedown. The referee told him to work for something, but Sato did not move. Silva landed a few more shots and Sato let go of Silva’s leg. Apparently, Sato had been out for quite some time. The referee called a stop to the fight and Silva celebrated his victory.

Erick Silva def. Takenori Sato by way of KO (Strikes) :52 of Round 1