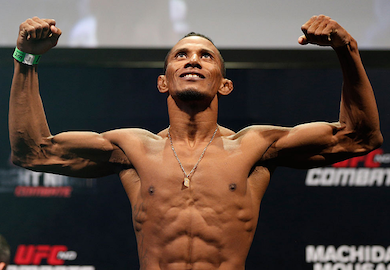 In what would eventually be the fourth consecutive decision of the night, Reis and Alcantara did not fight safe and tried to end the fight multiple times. Alcantara dropped Reis in the second round, but Reis played the defensive game intelligently and grappled his way to safety.

Both men seemed to have tired out in the third round as the majority of the time, they were grappling for an advantageous decision. Alcantara landed a takedown with twenty seconds left and tried to hammer-fist his way to a win, but Reis held on and was able to withstand the punishment until the final horn.