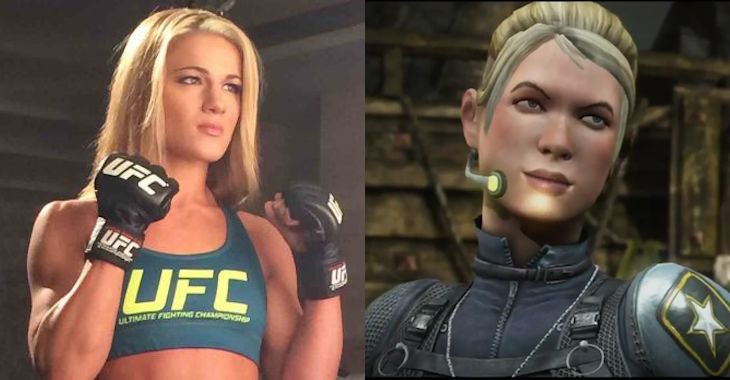 For those of you who will be playing “Mortal Kombat X” today, you may notice one of the characters looks an awful lot like a certain UFC strawweight who is fighting this Saturday.

UFC’s Felice Herrig has a striking resemblance to one of Mortal Kombat’s newest characters Cassie Cage. Herrig even commented on it months ago on her Instagram (below), but now that more stills of the game have been released it is difficult to deny how similar they are in appearance.

You be the judge! Let us know what you think in the comment section below!