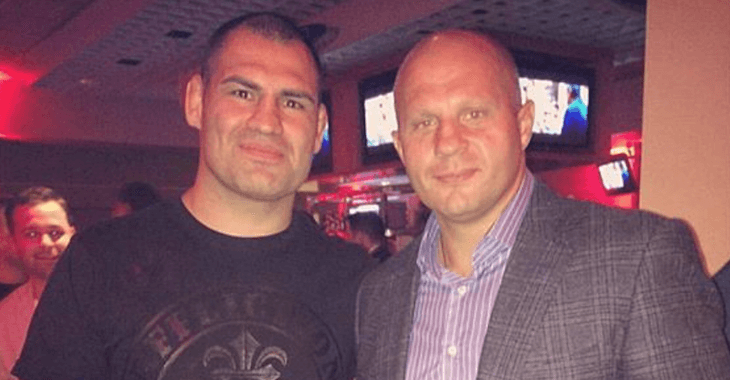 Well, we were all duped. It seemed like the general consensus was that Fedor Emelianenko might actually be signing with the UFC this time around and we’d get to see some of these super fights the MMA community has been talking about forever. However, that is not the case.

Announced during Bellator’s ‘Dynamite’ event, Fedor will be headlining an event taking place on New Years Eve and airing on Spike TV. The event is run by the former Pride FC boss and could feature Bellator fighters on the card. It will take place in Japan.

So, we probably won’t be seeing Fedor vs Cain Velasquez any time soon.

But, we did get this cool photo of the two of them shaking hands and posing together!

Who do you think wold win if they ever did meet in the cage?