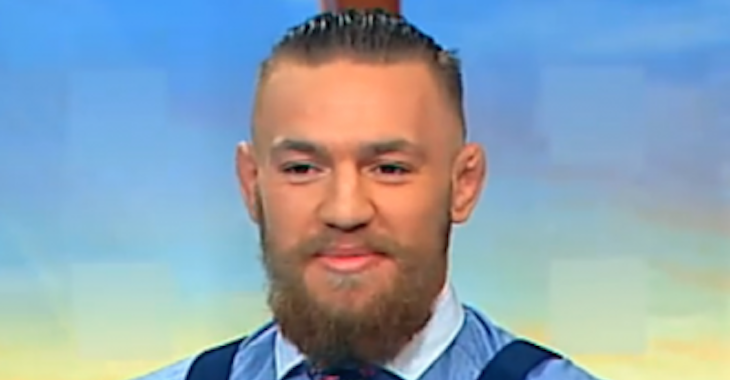 The Mystic Mac strikes again. UFC featherweight Conor McGregor has been known to predict the outcome of his fights and it seems as though he also predicted that Jose Aldo would pull out of their scheduled bout at UFC 189.

News surfaced on Tuesday that Jose Aldo had suffered an injury to one of his ribs and could possibly be out of next months title fight.

Fun fact, McGregor, in an interview with SportsJoe.ie back in 2014, actually stated that he could see Aldo pulling out of a fight between them, check it out:

“Now that there’s two contenders on the line, myself and Frankie, Jose Aldo’s coaches came out and said they want Frankie Edgar, they want the Frankie Edgar fight. Now that to me shows fear, why would you want the guy you’ve already beat?”

“If I’m being honest I can see a fight between myself and Jose being scheduled for a stadium, either Croke Park or the Aviva Stadium but then I could see Jose pulling [out].”

“But I could see Frankie stepping in.”

Things will get pretty weird if Edgar does in fact step in on short notice.