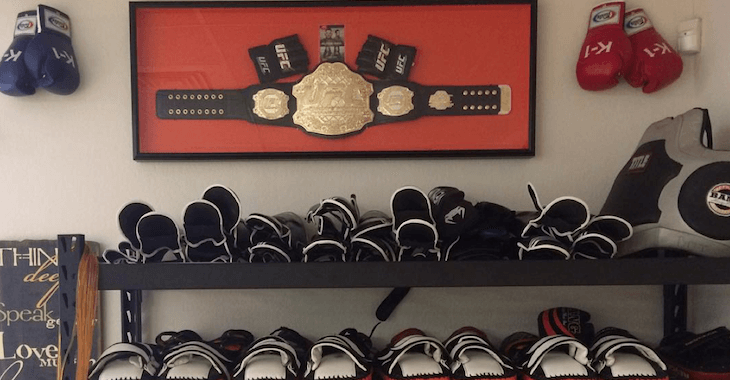 The feud between UFC fighter Urijah Faber and former Team Alpha Male head coach Duane Ludwig seems to dying down. They both had their say, giving their sides of the story and both expressed a desire for it just to end.

There were lots of things involved in back and forth between the two. From Ludwig saying that the only fighter on TAM who actually wants to be champion is TJ Dillashaw, to Faber telling stories about Ludwig’s inappropriate actions towards african americans and females in the gym.

However, despite the feud and all the things said, Ludwig still decided to celebrate and put Dillashaw’s UFC title belt in his gym.

What do you guys think, should ‘Bang’ be given a lot of credit for Dillashaw’s title win?