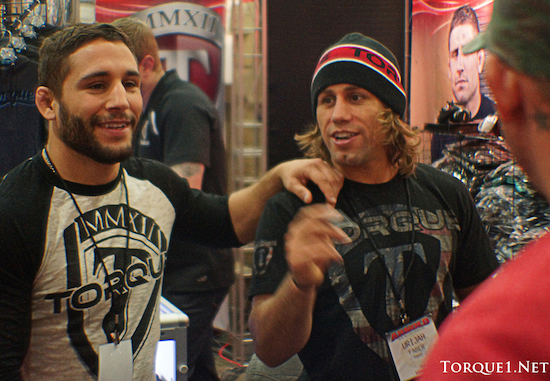 “We are expecting some great fight and some big wins. This is a rematch for Chad and Aldo. To see Chad improve to get to where he is at and win his fights, it is big for me. I think we are going to see a whole different fight.”

“Just be prepared for a battle. No matter what Aldo does, this is not going to be an easy fight. Be prepared for a real war. There are some specific things to watch out for. Jose loves to throw those leg kicks and is very explosive. Chad will be prepared for what we know Chad can do, and I’ll just leave it at that.

“We can’t control the outcome but we’ve taken control of everything we can prepare.”