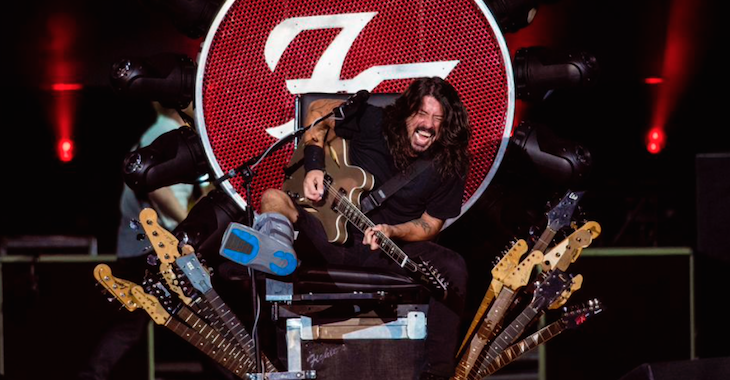 Yes ladies and gentlemen, UFC champion Ronda Rousey is so big that she’s being referenced by mega rock stars now.

The lead singer and guitar player for the band Foo Fighters, Dave Grohl, mentioned the champ in a Q&A with Rolling Stone, which they published in their Aug. 13 edition.

He was talking about his injured leg, which he broke during a concert in Sweden. In all the shows since he’s been performing in a ‘throne’ while his leg sits in a cast, healing.

Is anyone else surprised by Rousey’s sudden pop culture explosion, or was it destined from the start?