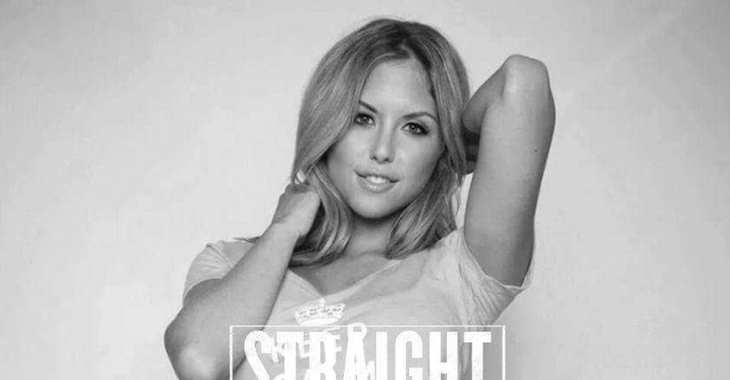 Where are you ‘straight outta’? Yes ever since the Straight Outta Compton marketing tool, which allows people to put their own picture with a caption ‘Straight Outta ____’, came out it’s been all over the internet. You can’t dare open up any sort of social media app without seeing dozens of the straight outta wherever pictures.

Which I guess, is the whole reason they were put out in the first place. Someone is getting a big raise for coming up with the genius idea of letting people say where they’re from in a more fashionable way. After all, straight ‘out of’ is so dumb.

Anyway, this brings us to UFC octagon girl Brittany Palmer’s post. She took a fun and unique route with the picture…..or she really is from heaven and we’ve all been watching a ghost octagon girl, Sixth Sense style.