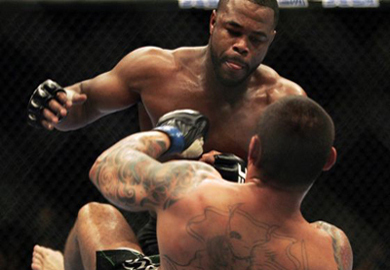 After an injury forced UFC interim champion, Renan Barao, out of his second title defense in the main event of UFC 161 against Eddie Wineland, the UFC started to look for a suitable replacement.

Now, as confirmed by the UFC’s official twitter account, the former co-main event will take its place as a bout between Rashad Evans and Dan Henderson has been promoted to the main event of the card:

UFC 161 is set to take place on June 15th at the MTS Centre in Winnepeg, Manitoba, Canada. The new co-main event is Mauricio Rua vs. Antonio Rogerio Nogureira in a rematch of a classic Pride fight that saw Rua come out on top.

Here is the official fight card per UFC.com:

For the latest MMA news and updates on UFC 161 visit BJPENN.com