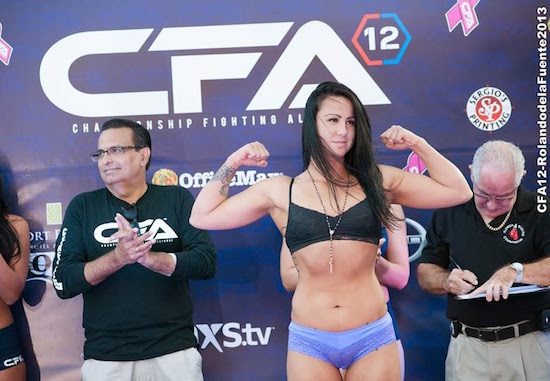 Entertaining UFC female, Ashlee Evans-Smith has been temporarily suspended by the Nevada State Athletic Commission for the use of a banned diuretic in the lead up to her Octagon Debut at UFC 181.

Evans-Smith, who did not contest the commission’s findings during a hearing meeting in Nevada, fought and lost to Raquel Pennington on Dec. 6.

Nevada plans a full disciplinary hearing, which they will then use to enact a more permanent punishment for the infraction.