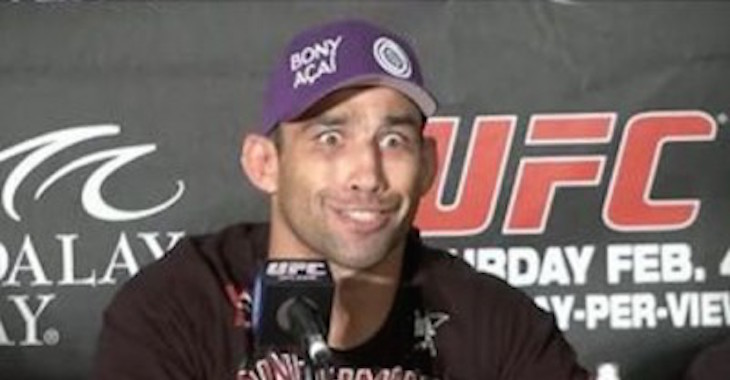 “I expect a different win. I want to surprise the entire world one more time, especially the doubters. It won’t be easy, though. In a perfect world, I see him trying to take me down. I land a front kick to the body or his face, or I submit him quickly after he takes me down. In a more realistic scenario, I see him gassing after three or four rounds. People will be surprised. They are used to watching Velasquez with that non-stop rhythm, but he’s not used with high-altitude and hasn’t fought in two years. We’ll see.”

UFC interim heavyweight champion Fabricio Werdum spoke with MMAFighting about this weekends fight with champion Cain Velasquez, and said he expects the altitude to take its toll on the fighter.