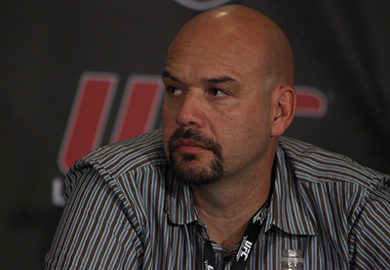 “He’s bigger than Kobe Bryant and LeBron James here. He’s bigger than that there. It’s crazy. Every time I go there, I don’t think it can get any bigger, but he seems to get even bigger. He went from a guy who was a top fighter in the world, a top pound-for-pound fighter to just about everywhere he goes, everybody’s like, ‘Hey, champ, you’re the greatest. You’re the best. Can I get you this? Can I get you that?’ It’ll get anybody a little bit tripped out. I think he’s kind of filling into the shoes that he’s become. I think he’s doing a great job with it. He’s really kind of come full circle. I think he’s handling it very well. He’s kind of back to his roots. It’s very nice to see because there were some times when it started getting a little crazy.”

During the interview he revealed that Anderson Silva is basically one of, if not thee, most famous man in his home country of Brazil.

The pound-for-pound king may not be the UFC’s biggest draw despite all his accolades, however according to the testimony of Soares, he is a hero in Brazil.