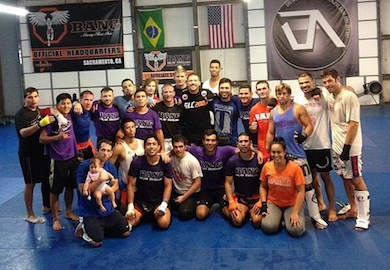 Made popular as a coach after assisting Team Alpha Male, MMA veteran, Duane ‘Bang’ Ludwig is ready to move on.

Citing the need to start his own gym back home, Ludwig just took part in his last practice with the famous Sacramento MMA team.