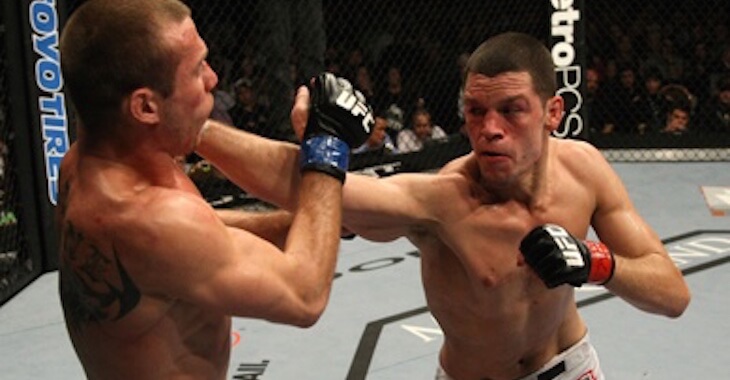 UFC lightweight Donald Cerrone has been on a tear as of late and it’s earned him a UFC title shot, against champ Rafael dos Anjos.

Since losing to Dos Anjos back in 2013, ‘Cowboy’ has gone on an eight fight win streak. Now he’ll get a rematch with the Dos Anjos and this time it’s for the title. UFC on FOX 17 goes down on Dec 19.

Recently, Cerrone was a guest on Joe Rogan’s podcast, the ‘Joe Rogan Experience‘, and talked about all kinds of things.

One thing he touched on was his loss to Nate Diaz back in 2011, a fight he says he won’t make excuses for, saying that Diaz ‘got in his head.’

“I’m not making any [excuses]. He got in my head. Absolutely. That s**t don’t happen anymore. Everyone tells me, ‘Conor’s in your head. Dos Anjos is in your head.’ No the f**k they’re not. It was a super lesson.

“I fought out of anger. I sucked that night. That’s all there is to it. No excuses. Mother f***er beat me.”