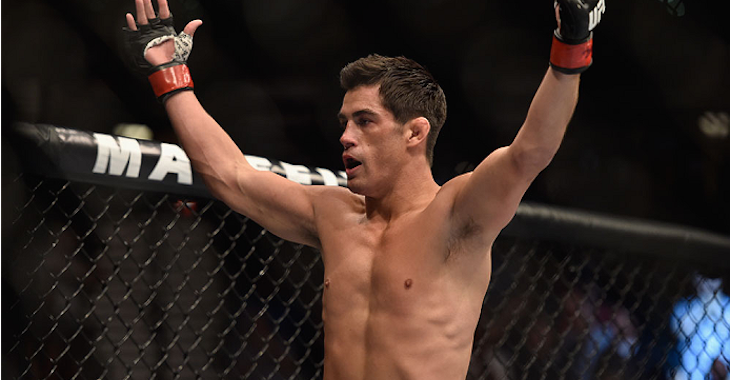 The fight everyone has been calling for, especially since TJ Dillashaw took out Renan Barao for the second time, is finally going to happen.

Dillashaw, the UFC bantamweight champion, will take on the former champ Dominick Cruz at UFC Fight Night 81 in Boston, on Jan. 17.

Cruz will be returning after another long layoff, due to injury, and will look to jump right back into being the 135 king. However, Dillashaw is not the fighter he was when Cruz was on top, now he’s considered one of the best in the world by many. Recently, Dillashaw and Duane Ludwig, who works with Dillashaw up in Colorado, predicted that the fight will end via KO, as in Cruz will get his lights turned out.

Cruz recently fired back when speaking with FOX Sports.

“I was able to stay relevant because of how well I can break down fights and analyze the sport. I understand what is going on in the cage. If I couldn’t talk about it, and explain to people, if I were like TJ and Duane — idiots — then I would’ve been written off a long time ago. They say they are going to knock me out. Come on. Who has come close to knocking me out? I’ve got an 80-percent striking defense. You’re not knocking me out. What are you talking about?”