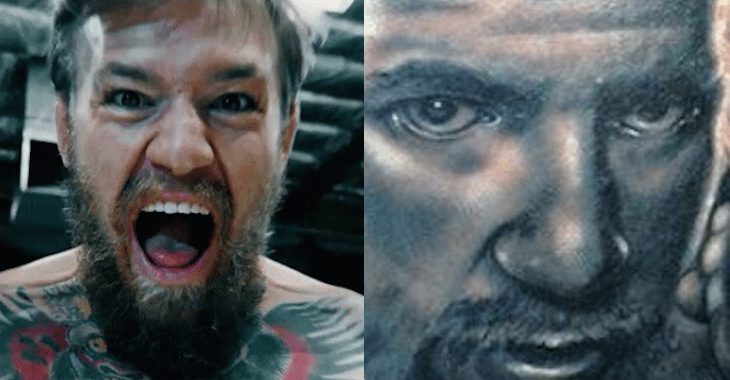 There are casual fans, then there are diehard fans like THIS guy. He made the decision to get Conor McGregor tattooed onto his body and it’s actually pretty decent! TDD of The UG posted a pic of his new tattoo below: Conor McGregor’s popularity seemed to have sky-rocketed after he won the UFC Interim Featherweight Championship. “The Notorious” was originally scheduled to face Jose Aldo at “UFC 189”, but a rib injury forced the undisputed champion out of the fight. Instead, Chad Mendes stepped in on short notice to meet McGregor in the main spot of the card. McGregor will now square off with Jose Aldo at “UFC 194” in December.

Who do you think will finally score the big win when the two meet? Share your thoughts and make your predictions in the comment section below!