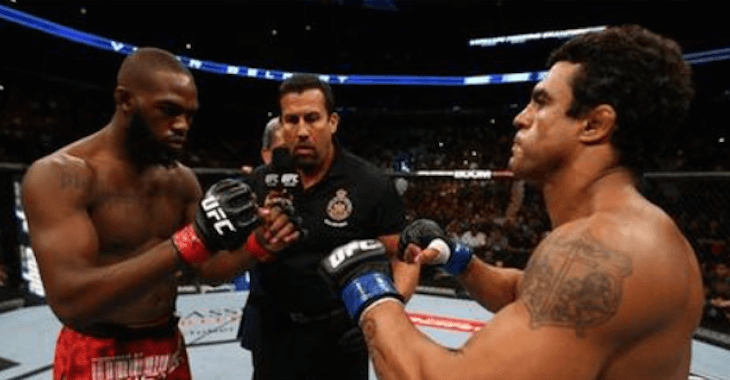 On Tuesday, a new report surfaced, claiming that the UFC knew about Vitor Belfort testing positive for high levels of testosterone just three weeks ahead of his fight with, then, UFC champion Jon Jones.

The report claims the UFC sent out an email with the results, but accidentally sent it to the wrong group of people. Then they sent out another email telling them to ignore it and delete it ASAP.

The UFC has yet to respond to the report, but apparently the ‘Fight Pass’ Twitter account put out a tweet about the Jon Jones vs. Vitor Belfort fight, then when a fan commented with a link to the report, they quickly deleted the tweet.

For some reason @UFCFightPass deleted their tweet after I posted this link. pic.twitter.com/PWa0LwDAsn

What do you guys make of all this? We’ll keep you posted on any statement from the UFC.