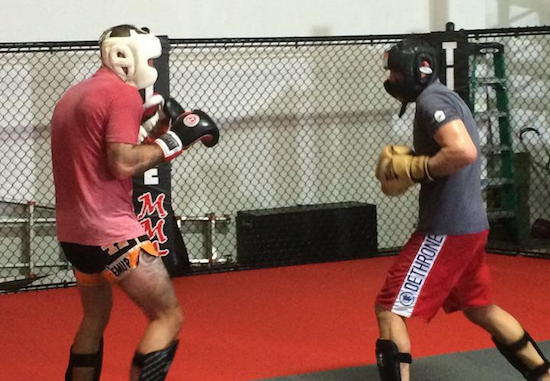 Nick Diaz is readying for his January 31 super-fight against Anderson Silva with some of the fight-games most certified killers.

Here’s the story in tweets:

@jakeshields vs @nickdiaz209 today at the @elninotrainingcenter Front row seat to some entertaining sparring. Two of the best in the game.