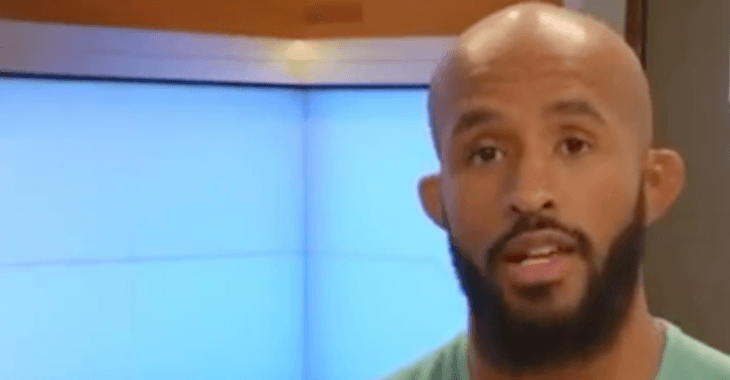 UFC flyweight champion Demetrious Johnson has a rough relationship with the fans. He’s such a dominant champion and is no doubt one of the best fighters in the world, but for some reason fans just don’t connect with him.

They throw out excuses like he’s boring, which is strange considering the number of fights that he’s finished.

Well, the champ went on FOX Sports and talk a little bit about his fight on Saturday at UFC 191. He sounds like he really cares what the fans think……not really.

‘Flyweight Champion Demetrious Johnson doesn’t really care what the media thinks about him. He is only interested in defending his title. Tune in this Saturday, September 5th for his fight against John Dodson at UFC 191.’