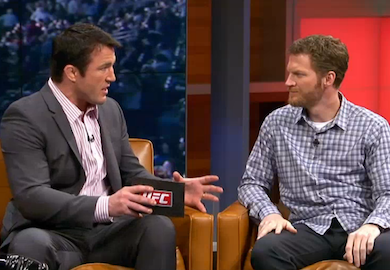 Below are additional quotes from Earnhardt’s appearance on UFC Tonight:

Earnhardt on if he’s into training MMA like his nephew Jeffrey Earnhardt:
“I had a boxing ring for years. And me and my buddies would get in there. We would get in there to go at it for 10 rounds. My cousin wanted to get in better shape and went to train with some guys who were doing it. He did so well, they put him in a fight and he won.”

Earnhardt Jr. on who he’d like to fight in NASCAR:
“I’d like to go against my friends. Martin Truex Jr. Maybe Jimmie (Johnson). That’d be fun to see who would win.”