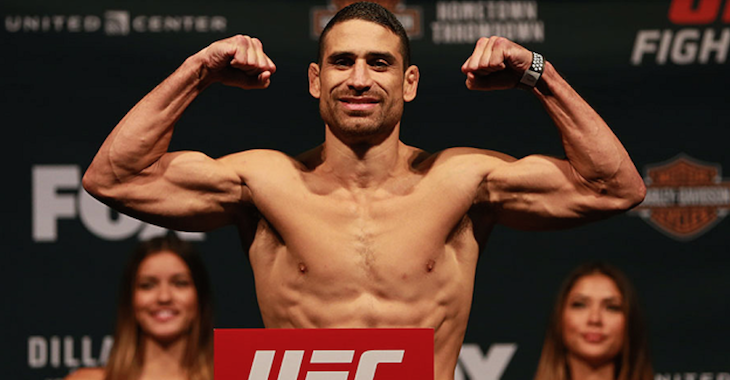 The lightweight has been part of the UFC family since his first fight against Jacob Volkmann in 2011. Castillo possesses wins over the likes of Shamar Bailey, Anthony Njokuani, Tim Means and Charlie Brenneman. His most recent trip into the octagon resulted in a loss when he was bested by ten year veteran Jim Miller by way of split decision.

Just signed a new 4 fight deal wt the @ufc!
Thanks to all who have supported my career, it’s been a crazy ride! I’m more motivated than ever!

The lightweight division is stacked and Castillo claims he is more motivated than ever! Who should his next trip into the octagon be against?