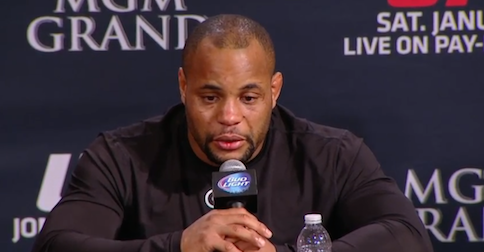 Daniel Cormier, having just fought Jon Jones for twenty-five minutes in the UFC 182 main event last weekend, much like his fighting peers, isn’t going easy on Jon Jones following the news of his failed drug test for cocaine.

“I am aware of Jon’s test, and if there is anything to say it is this: there are a lot of people you impact, so please let’s get it together. Good luck on your rehab!”