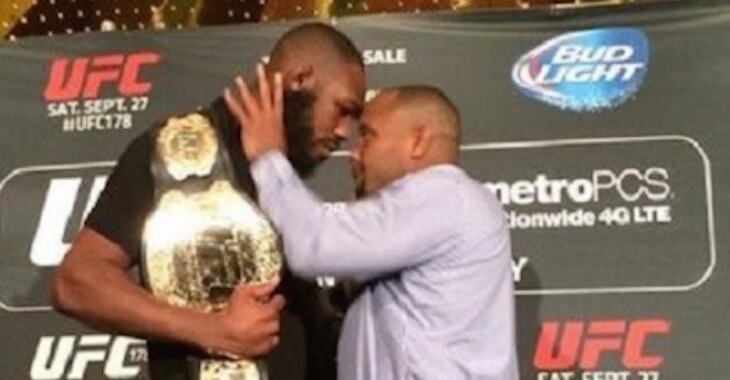 The current champ, Cormier, recently spoke at the UFC’s ‘GO BIG’ press conference and said that he needs to fight Jones again. The first time they fought, Jones was the champion and ended up winning a unanimous decision over the then undefeated Cormier.

After that, Jones was stripped of the title and suspended indefinitely pending his legal issues stemming from an alleged hit and run accident. Cormier then faced Anthony Johnson for the vacant title and won via submission.

Cormier will now defend his title for the first time at UFC 192 when he takes on Alexander Gustafsson, however, he says he still needs that second Jones fight.

“Obviously, I need [Jones]. As I move forward, in this fight in October and I face Alexander [Gustafsson], I need that guy. I need that guy to get back in here and fight me again. For my journey to be complete and for me to be complete as I finish this sport, I need him. And honestly, I wish him all the best so that he can actually get back and I can stop playing around with these guys and get back to business.”