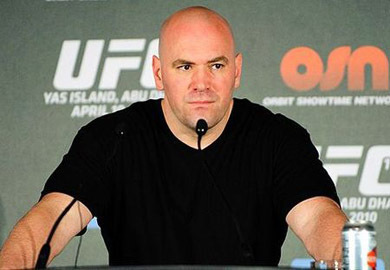 “The guy’s never asked us for anything. He’s an awesome champion, he does anything we ask of him, and he asked us for a favor. He wants to fight Diaz. It’s not like people don’t want to see it. The UFC didn’t do that, the champ did. The champ called him out and wanted to fight him. So the UFC didn’t do it, the guy who held the belt did. That’s who he asked us to fight, and like I just said, when somebody goes on a run as long as Georges St-Pierre has, done what he’s does for the sport, for that division and everything else, they ask for a fight that they want, then they’ll get it too.”

UFC president addressed the media recently and went on record stating that the UFC didn’t pass up the Hendricks fight in favor of Diaz vs. GSP.