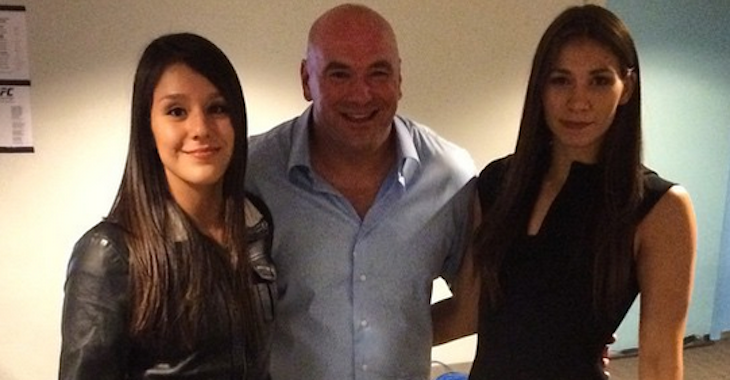 Invicta FC is the sister promotion of the Ultimate Fighting Championship who created their women’s strawweight and bantamweight divisions in 2013 and 2012, respectively.

Several Invicta FC fighters were featured in the twenty-first season of “The Ultimate Fighter” which featured a tournament that crowned the first women’s strawweight champion.

Alexa Grasso and Irene Aldana, both currently under contract with Invicta FC, are pictured below with UFC President Dana White. White presented them to his Instagram followers as, “The future!” which could possibly hint at their transition to UFC. Both women most recently fought at “Invicta FC 11” where they dominated their competition.

Grasso is currently undefeated in her mixed martial arts career and is eyeing a shot at Livia Renata Souza’s strawweight championship. Would you want her to fight for the title, or transition to the UFC? Share your thoughts in the comment section below!