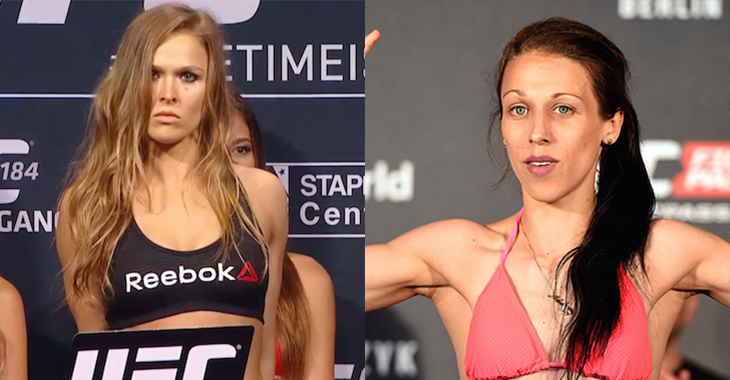 There’s no doubt about it: Joanna Jedrzejczyk is becoming a superstar in the UFC. Jedrzejczyk last performance in the octagon saw her decimate Jessica Penne while successfully defending her UFC Women’s Strawweight Championship.

Apparently, UFC President Dana White wasn’t the only fan of Jedrzejczyk as she walked into the room for Reebok’s unveiling of the fighter kits. “Like, I’m not kidding you, yesterday when we did the rehearsals and she walked in, everybody was like ‘there she is.’ It’s so f*****g cool to see that.”

Rousey, one of Jedrzejczyk’s more well-known fans, sang her praises after the UFC Fight Pass event concluded earlier in June. White went on to describe what went down when the two finally met at the Reebok event.

“Ronda and Joanna came together yesterday, met for the first time,” he continued. “They’ve never met. So they met for the first time here yesterday and they were hugging each other, ‘I couldn’t wait to meet you. I couldn’t wait to meet you.’ It’s f*****g crazy. It’s so cool. When Joanna walked into the room yesterday, all the fighters were pointing at her like ‘there she is.'”