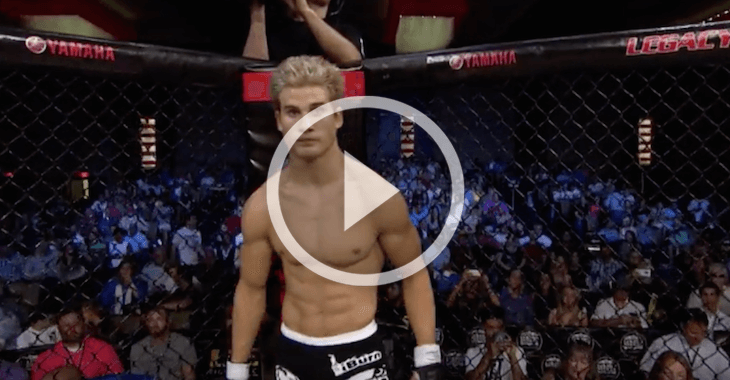 That seems to be the premise of a new show that is airing on Fight Pass, called ‘Dana White Looking for a Fight.’

In the first clip released from the show, we see Dana and friends scouting fighters ahead of a Legacy event. One fighter stands out because of his ‘Abercrombie model’ look. The group make fun of him, then go watch the fights. That guy they were making fun of is Sage Northcutt and they watched him destroy his opponent.

White was so impressed he offered him a UFC fight on the 192 prelims.

‘While attending a MMA event in Lake Charles, Louisiana, Dana White discovered lightweight talent Sage Northcutt. The UFC President initially dismissed the 19-year-old as a wannabe – but – after witnessing Northcutt’s blistering performance in the cage, offered him a fight on the UFC 192 FIGHT PASS Prelims.’