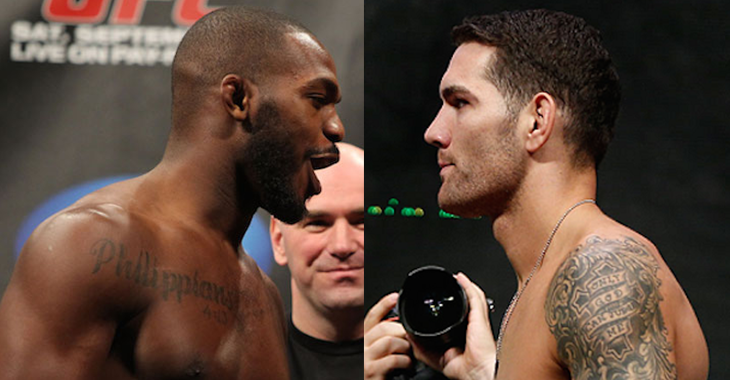 How amazing would it have been to see Jon Jones and Chris Weidman fight each other in Madison Square Garden? We may never get to find out since mixed martial arts was, once again, ignored by the New York legislature.

UFC President Dana White confirmed during a question and answer session at the UFC Fan Expo that Weidman and Jones were both interested in fighting each other on the UFC’s first card in New York City. It would have been fitting to see the two most dominant fighters from New York duke it out in the main-event.

“Chris Weidman and Jon Jones wanted to fight each other to see who was the King of New York,” White said. “We were talking about that for a while.”

Of course, the fate of the bout was not only decided by New York’s inability to legalize mixed martial arts. Jones is in the middle of an alleged hit and run case which forced the UFC to suspend him indefinitely.

Chris Weidman, on the other hand, already has another fight lined up for him. He will be defending his UFC Middleweight Championship for the fourth time in the near future against top contender Luke Rockhold.

Who do you think would have won a bout between Jon Jones and Chris Weidman?