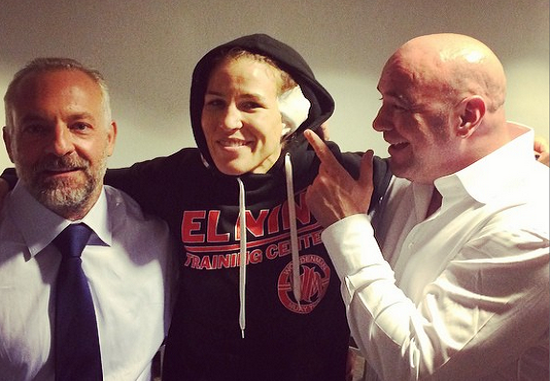 UFC President Dana White took to Twitter to show respect to UFC 180 fighter Leslie Smith, who demanded to continue fighting, despite having her ear ruptured by Jessica Eye.

What a warrior!!! Her cauliflower ear busted open and she still demanded to fight. Much respect. @… http://t.co/CyIzHZ1BNq