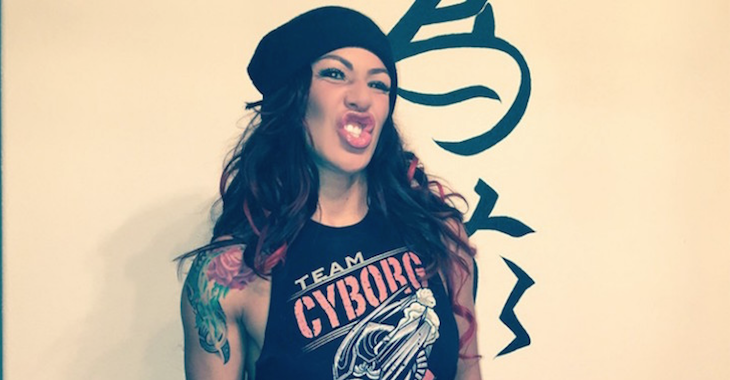 “Her excuses for not facing me are falling almost as fast as you when I catch you in the Octagon.

Stop accusing me irresponsibly on anabolic steroids I’m clean. You know I’ve submitted to various tests! Many made ​​by surprise.

Let’s use Olympic standard testing, as Pacquiao and Mayweather, and you’ll have no excuse to hide behind.

Lorenzo hired me, I’m back and I’m coming after you.

After that fight, or you will retire and go make movies, or will run away to the flyweight, as you ran away from me in featherweight. You’ll never be the best to face the best.

Come, because it takes two to fight. Do not be afraid. Fans me see here and you’re just talking. Have respect for them. It’s a shame you say you’ll face Gina Carano at featherweight and not me. Anyway, I’m behind you. Strive instead of making excuses. You can have 99 excuses not to face me, but not in the UFC is not one of them.”

In this bit of translated text, Invicta FC champion Cris Cyborg calls out UFC champion Ronda Rousey, on the heels of the UFC’s public announcement that they signed Cyborg to a contract.