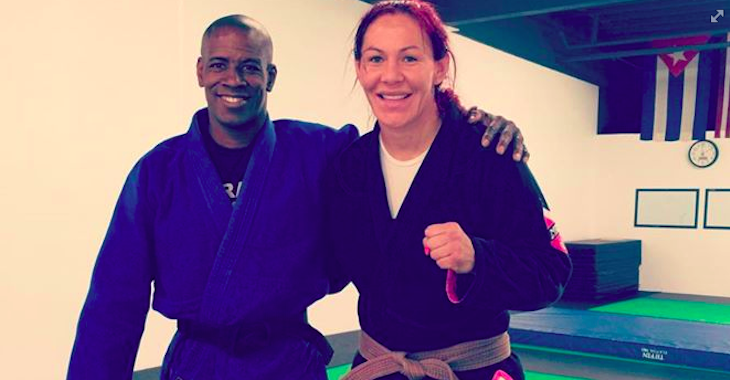 Cristiane “Cyborg” Justino looks to be preparing herself for a certain judo expert. The man Cyborg has brought onto her team to coach her to toward UFC gold is Olympic Bronze Medalist Israel Hernandez. Hernandez has won the Bronze medal twice in the 1990s and brings an elite judo game with him to Cyborg’s gym.

Do you think Cyborg is preparing herself for a date with Ronda Rousey?

So honored to be working with Olympic medalist and coach from Cuba Coach Israel Hernandez. Finalizando mais um… http://t.co/7gIyOhbNnz