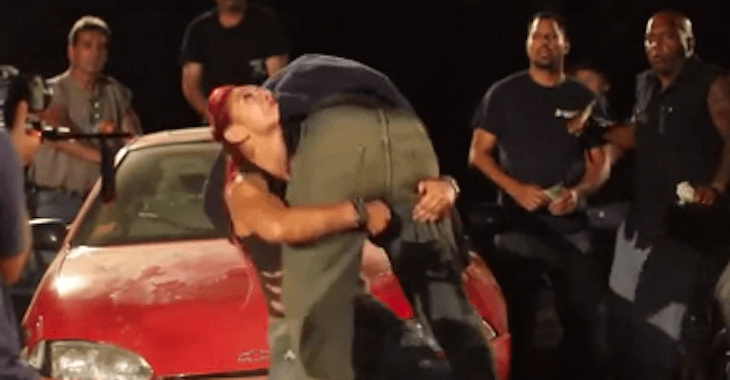 After the conclusion of UFC 190 in Brazil, it seemed like the stars were lining up for a Cristiane “Cyborg” Justino and Ronda “Rowdy” Rousey to finally meet in the octagon. UFC President Dana White and company had other plans for Rousey, however, and it was revealed Holly Holm would be next in line for a shot at the UFC Women’s Bantamweight Championship.

“Cyborg” training and film-making collide in the “Fight Valley” clip below where she tosses a guy over her head… The belly to belly suplex looked effortless!

Cristiane "Cyborg" Santos is a BEAST! Watch her toss this grown man! Like us –> Mixed Martial Arts MMA

Instead of making her long awaited transition to the octagon, “Cyborg” is looking to prove she can make weight at 135 first and her first step in doing so was taking a fight at 140. She will be stepping into the Invicta cage in November.

Do you think “Cyborg” will ever make it into the octagon to meet Ronda Rousey? Which female fighter has a better chance of losing first? Share your thoughts and make your picks in the comment section below!