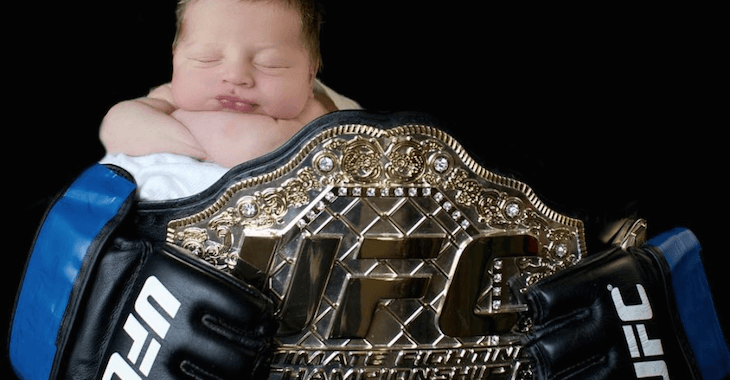 His newborn son, Colten, is already getting the star treatment in this new professionally done photo Weidman had made.

It shows his son wrapped up in the UFC bet and two gloves on each side of him. The only caption Weidman included was #AndStill.

Weidman’s next fight will be against top challenger Luke Rockhold at UFC 194, where they will serve as the co-main event to the major headliner between UFC featherweight champ Jose Aldo and interim champ Conor McGregor. The fight will go down on Dec. 12.