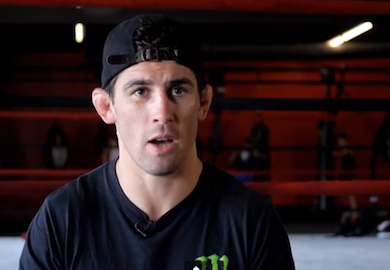 “I view him as a champion. I just want my shot. I want my shot that I think I deserve after not getting the chance to lose the belt necessarily. I hurt myself. It’s not a happy way for me to have to try and get my shot, but I want it. I want my shot to fight one of the best guys on the planet, Barao.”

“I did not train with Mayweather. What I did is I went in there and picked his brain. That’s the brain of a champion. Regardless of whether you like him or don’t like him, that’s somebody that’s been at the top of the sport for 15-plus years of boxing. If you’re not picking the brain of somebody like that, then you’re not trying to improve.”