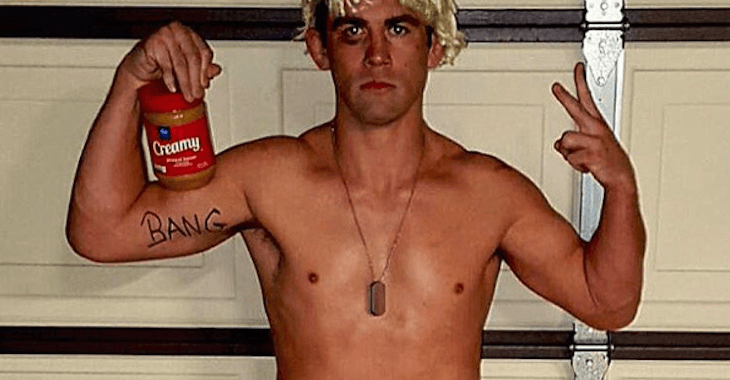 While the dust settles from the UFC women’s bantamweight championship fight from UFC 193, the men fighting for the title in the 135-pound division on Jan. 17 look to build up the fight. Appearing on 98.5 The Sports Hub, champion T.J. Dillashaw and former champion Dominick Cruz traded verbal shots at each other.

Cruz brought up Dillashaw’s trainer, Duane Ludwig and held him as the root of their grudge (transcribed by MMA Fighting):

“He was emulating me for all his teammates,” Cruz said of Dillashaw. “Then decided, ‘Wow, I’m beating up all my teammates here at “Team Male” with Dominick’s style so maybe I should use this to go win a title while he’s hurt. Really, the one who’s been talking is Duane Ludwig for T.J. Ludwig has a lot to say. I think Ludwig’s living his life through T.J. and it’s sad.”

While Dillashaw owned that he was used to replicate Cruz for his former training partners, he says he has outgrown the skills of the former champion.

“I used to think Dominick Cruz was really good,” said Dillashaw. “Now I know what I’m doing and I know the holes in his game. He used to be good.”

“Who showed you that?” asked Cruz. “Ludwig? The guy who broke his ankle and quit fighting with a half and half record in MMA? Come on, man. You left the guys you were supposed to be loyal to go with Ludwig in Colorado. You were supposed to be their brothers. You’re lost. He just left his so-called brothers. The guys who brought him into the sport.”

Cruz went on to discredit Dillashaw’s opponents that he has fought.

“My coach?” Dillashaw said of Urijah Faber. “You beat up my coach that I’ve been beating up for the last four years? He’s not even my coach. He’s my teammate. He’s my buddy.”

As things heat up between the scheduled opponents, it looks like Cruz wants to create a beef for Dillashaw with the people he has surrounded himself with over the past few years where he has found success. Will Cruz be able to create friction within Dillashaw’s camp and distract him from the actual fight? Let us know what you think in the comment section below!