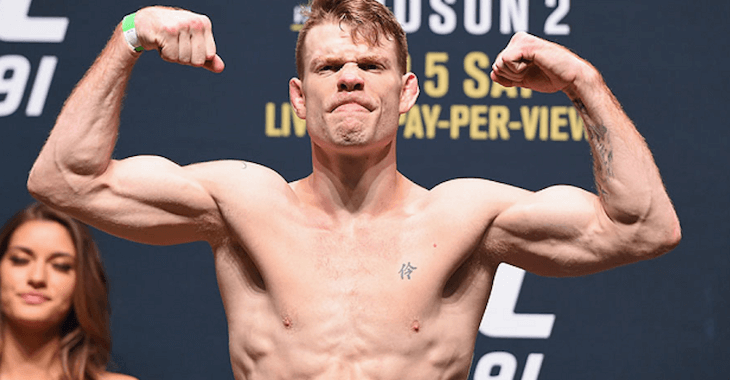 An exciting lightweight bout has reportedly been booked for ‘UFC Fight Night: Boston’ on January 17th. According to Paul Felder, he will meet Daron Cruickshank on the card in a bout that is sure to be a spectacular battle of impressive standup fighters.

Felder is currently on a 2-fight losing streak after dropping back to back decision losses to Edson Barboza and Ross Pearson. Prior to that Felder was undefeated, compiling a 10-0 professional record that included 2 wins in the UFC.

Cruickshank is also riding a 2-fight losing streak that has seen him drop back to back submission losses to Beneil Dariush and James Krause. Prior to those losses Cruickshank was unable to continue in his bout with KJ Noons, resulting in a no contest.

Who do you have winning this matchup? Sound off below!