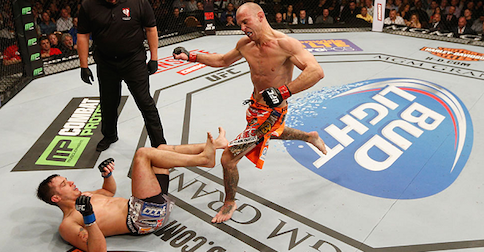 As Donald “Cowboy” Cerrone prepares for his second bout in two-weeks, the top UFC lightweight is forced to address concerns regarding his last two outings against Benson Henderson.

Sure, he lost both of them, he knows it, but “Cowboy” has one simple message for the doubters.

Benson Henderson vs. Donald Cerrone 3 goes down next week in Boston.