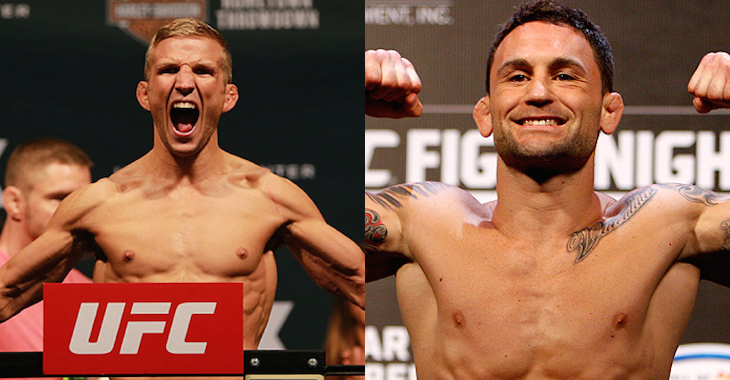 Now that Renan Barao is in TJ Dillashaw’s rear view mirror, the bantamweight division is wide open for the champion. However, two of the top contenders for the championship (Dominick Cruz and Raphael Assuncao) are sidelined with injuries, so Dana White and company may be looking OUTSIDE of the division for “The Answer”.

After “UFC on FOX 16”, lightweight Khabib Nurmagomedov suggested that Frankie Edgar head down to bantamweight to face the champion. Dana White’s response was vague, but promising:

Is this a bout you would like to see? Should Edgar face McGregor before making the jump to bantamweight? Share your thoughts in the comment section below!