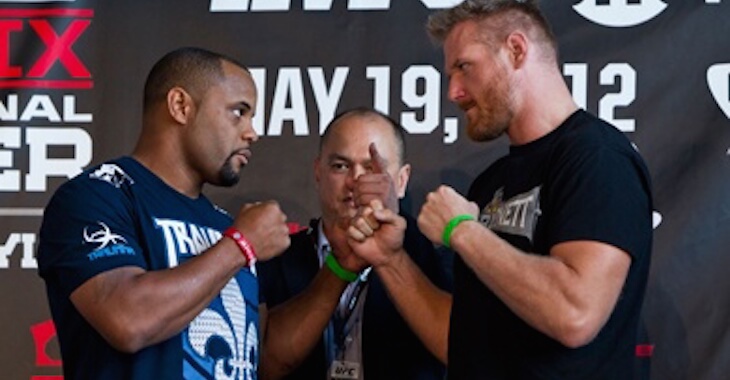 He eventually made the drop to 205 and is now the UFC champ, but with the new IV ban coming up, could a move back up to heavyweight be in the cards? According to the champ, absolutely not.

Cormier, while at Monday’s media event, talked about his decision to come down in the first place and says now that he’s fought guys his own size he really doesn’t want to take on much larger opponents anymore.

Here’s what he had to say!

“When I made that decision, I was fine fighting guys those size. Now I’m not fine with it, I’m fighting in this division against guys who are more my size. When I grab these dudes, compared to the other guys, the difference is unbelievable. It’s unbelievable how much smaller they are.”

“I’m scared of Josh Barnett. I’m scared of every one of them. I walk past them and I’m like, ‘that dude is huge.’ Andrei Arlovski is massive. What in the world would I have done if I had to fight him? He’s thick, big, and tall. I’ve trained with him. I’m looking at him and going, dude, did I shrink or are these dudes that much bigger than me?”