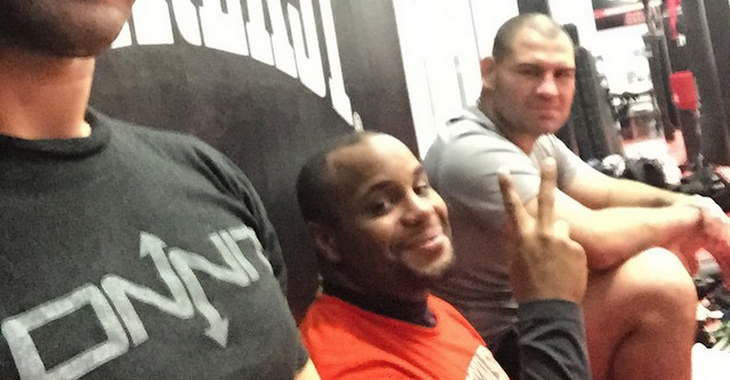 “Jon was the champion, but he beat himself. But opportunity presents itself and you have to step up. It’s my job to get in there and fight and beat Anthony Johnson. Jon did this to himself. The belt is not his anymore. This is for the real championship.”

Will the winner of Cormier/Johnson walk out of the fight as the REAL UFC Light Heavyweight Champion or will Jones still be viewed as the uncrowned king of the division? Cormier shared his thoughts on this matter when asked about it on UFC Tonight.

Cormier was quick to dismiss the championship did not matter just because they didn’t win it directly from him. When Cormier mentions Jones defeating himself, he is referring to the hit-and-run incident that ultimately caused him his role as the company’s champion.

Who do you think would be the real champion?