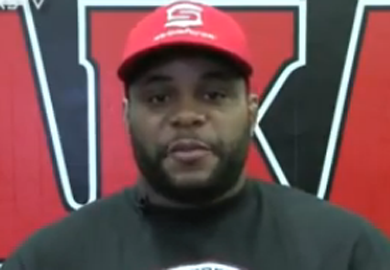 In 2008 Daniel Cormier was one of the front-runners to walk away with Olympic gold.

After struggling to make weight, the MMA Star was forced to back out of the competition for health reasons.

This cloud of disappointment has followed him ever since.

With his light-heavyweight debut taking place this weekend, D.C. touched on what happened when talking to FOX Sports.

“One day I was real light and I could have made the weight I needed to make in the Olympics that day and the whole day was sad, it was kind of just ruined because I was thinking I missed out an opportunity to win an Olympic gold medal by just not being disciplined and committing myself to what I needed to be committed to.”